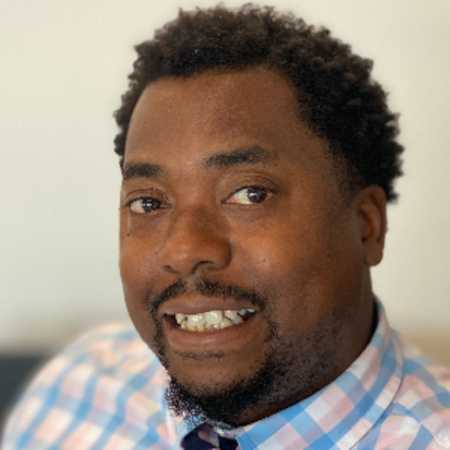 Office of the President

Originally from Memphis, Tenn., Cooper said his career focus turned to DEI-related issues while working at Ivy Tech in Elkhart and South Bend during the Great Recession.

“A lot of time when we think about diversity, equity and inclusion, the focus is on race, but at that time, what I was looking at was ageism,” Cooper said. “I was in an RV industry town where we suddenly had over 2,000 displaced workers looking for a career change that offered more stability. Seeing how I could incorporate these non-traditional students in classes with traditional students and how they could both learn from each other became the catalyst for me to focus on DEI work.”

Cooper earned both a master’s degree in public administration and a bachelor’s degree in psychology from Kentucky State University, which is among the country's Historically Black Colleges and Universities (HBCUs). At Kentucky State, he also was a member of the Omega Psi Phi fraternity and ran both track and field and cross country.

He is an avid Green Bay Packers fan, an amateur grill master, a karaoke singer, and has two children, Justin, 16, and Jillian, 6.

Ready to get started?

Connect with us! Request more information or apply today, and we'll send you everything you need to begin your journey at LMC.