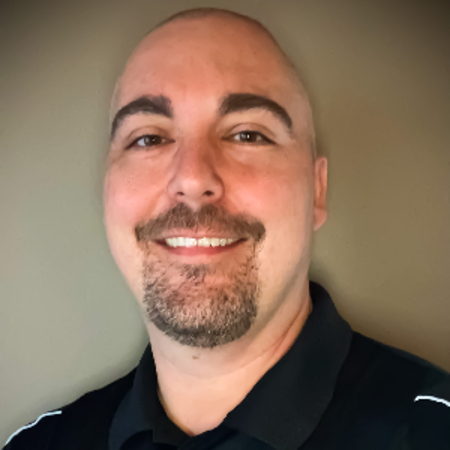 Brad Byerle is the lead faculty member of the Criminal Justice program at Lake Michigan College. He began his career in the criminal justice field in 2004 when he was hired as a Corrections Deputy with the Livingston County Sheriff's Office in Howell, Michigan. About a year later, he was promoted to the road patrol and sponsored through the Mid-Michigan Police Academy at Lansing Community College. He spent the next 10 years working on the road patrol. He also held specialized positions in the civil division and transport division, and he was certified as a field training officer (FTO) and defensive tactics instructor. While working at the Sheriff's Office, Brad took on a part-time position as a Lab Instructor at the Mid-Michigan Police Academy in 2014. He left the Sheriff's Office in 2015 to begin his teaching career as an Assistant Professor of Criminal Justice at Lansing Community College. Specifically, he taught a high school CTE program at Clinton County RESA. Finally, Brad was hired by Lake Michigan College in 2019 to lead its Criminal Justice program. He has been consistently impressed and inspired by the students of southwest Michigan since that time. Education: Western Michigan University Thomas M. Cooley Law School, Juris Doctor, Magna Cum Laude, 2014 Ferris State University, Bachelor's of Science in Criminal Justice, Summa Cum Laude, 2009 Mid-Michigan Police Academy, 2005

Ready to get started?

Connect with us! Request more information or apply today, and we'll send you everything you need to begin your journey at LMC.